years ago rafael flores began to produce disturbing sounds in a white
aromatic andalusian town. those sounds became tinged with poetry and
they have been holding the contrast between the luminous mornings and the
anxious dreams of the siesta. from sounds to images..the videos..the ligth
breeze waves a weightless curtain. the curtain caresses a just made bed,
although perhaps it made was many years ago. one can hear a row that turns
suddenly into calm and in the vertigo of silence appears a spiral of dreams;
voices from other places are heard. rafael flores is risponsible for all this..
nothing happens by chance in the demostrations of rafael flores
so much sincerity, so much restlessness, so much beauty.
[fenici magazine]

First official CD album of Rafael Flores who hails from the depth of spanish noise underground scene, known for his early works released under Comando Bruno moniker. This compilation presents the latest decade of his sound experimentation, and shows quite diverse sides of his creative efforts, which ranges from collaged field recordings to noise ambient loops, from rhythmic structures to hypnotic electronic passages.
Rafael Flores is from Andújar (Spain), and has recorded a number of albums since 1981, under his own name and also as Comando Bruno. Many collaboration works followed with like-minded musicians (Francisco López, Zan Hoffman, Avant Dernières Pensées, Seiei Jack Nakahara and Thomas Park, to name a few). His music was released all over the world by such labels as Discos Esplendor Geométrico, Korm Plastics, Zero Cabal, Graf Haufen Tapes, BogArt, Tonspur Tapes etc.
His whole work is milestone of experimental music and sound exploration, he produces audio/videoworks in a very much personal way too hard to define. Rafael Flores build a solid personal universe with an intelligent use of natural recordings and the methods of musique concréte, collages and plenty of other vanguard approaches, mixed with a particular sense of humour next to spirit of dada and surrealism.
One of the most active sound artists in the 80's industrial music scene (international cassette network, experimental video, radio and mail art), he influenced new generations of experimental sound artists.
His most notorious feature is the intimate poetical touch in the soundworks, quite unusual for the industrial music scene.
From 1991 to 2001, Rafael Flores reduced musical activity, and was involved with videoart, releasing just a very limited soundworks as "friends only" private editions. After a long pause, he returns to editorial activity, but again with a few series of very limited editions on cdr and some net editions.

Flores, a respected experimental composer in more European circles perhaps, collects a thick gallery of works here, each staic in it's own feel, style, volume, texture and tone. The only consistent aspect shared between each of these five distinct piece is their monochromatic sound. Either one loop welded so the seam is indetectable, such as on Minoo 1, the first track, or a cubed cacophony of near-extreme noise on the mercifully timed 5 minute Sanzoot. It has an appeal and listenability somewhat greater than early Merzbow via Loop Panic or such. Flores isn't tearing the roof off by any means, but creating quite vibrant moments lasting anywhere from one minute to ten. Like taking the best scenes from a film, the most hyphotic moments, and looping them together. The selection of whats used is what makes Flores good at what he does. I find myself contained beautifully inside of whatever piece is playing when this is on. Content to be restrained under odd sounds and colors.

Flores plays industrial music, but one that strictly along the 'old' rules. He takes he sounds from rather primitive sources (such as the radio depicted on the cover), feeding them through electronics, chopping them into small rhythm particles (such as in 'Boucher 2' which sounds alike Esplendor Geometrico), but never the material dissolves into a mass of noise sound. Crisp clear, layers of electronic sounds, processed field recordings (in 'Para'), this is music that reminded me of the late eighties Asmus Tietchens. Forceful, yet intelligent industrial music. A major step forward and hopefully much more to come.

Masterful abstract paintings in sound, wrought through the collaborative brilliance of Raphael Flores and mystified (aka Thomas Park). A transatlantic masterpiece of shared samples and creative accord. Each sent a selection of recordings to the other for mixing, and the results are here for you to enjoy.

Rafael Flores hails from Andújar, Spain. Under his own name, and also as "Comando Bruno" he has appeared on many solo albums as well as compilations since 1981. A veteran of experimental sound exploration, his prowess shines brightly on this Webbed Hand release. He also appears on "To Ancient Noise" [wh024]. Visit his website to get updates on his prolific recording projects.

Mystified (aka Thomas Park), a familiar artist to Webbed Hand fans, has returned with another remarkable work. Mystified's recording career spans back many years and across many subgenres of electronica, and his work is fast gaining recognition and respect in the public esteem. Visit his website for more information.

FLORES-MYSTIFIED MP3 ALBUM: After an initial track of deep foreboding, and deeper silences that seem to confirm ill fate, Rafael Flores and Mystified's collaboration, Intrigue, on the Webbed Hand netlabel, ventures in several directions. The second track adds a voice to fill the gaps, as well as the analog flutters of 1950s science fiction films. And then things really get interesting. There's what appears, by the titles ("Mineral I," "Mineral II") and the rush of water, to be a transformation of a field recording into a tumble of shudders and a low riding hum that makes that opening track sound like a spring breeze. There are also wild, synthetic storms to be heard ("Manantial Que No Cesa"), bleepy exotica ("Hello Stations"), white noise ("Buzzbase") and much more. The album's two keepers suggest its breadth between them; there's the dreamy passing of old trains on "Convey," which runs in place like a recurring nightmare, and the filmic arc of "Vera + Cruz," which opens with a surprisingly dramatic chamber string section and then proceeds to descend below a pipe organ's lowest stop. What holds it all together is an emphasis on desperately slow rhythms, ill-gained found sound, and a refreshing lack of concern for fidelity. 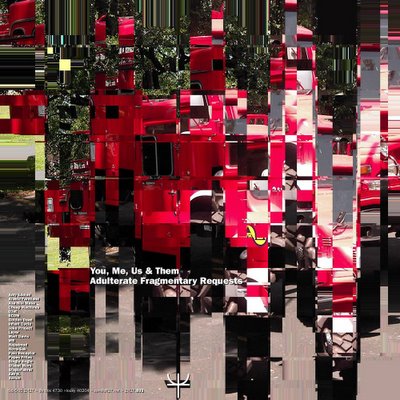 :. root of sine :: microsound edition
edition: march 2005
is available at audiobulb records under the 'project' page
this edition (complete with artwork) comprises of tracks developed from a single second of 440 hz sinewave tone.
the artists include regular contributers to the microsound mailing list.


"From Spain comes Rafael Flores with his brand of experimental,avant garde soundscape music. 125 mb of experimental electronics,avant garde,minimalist,musique concrete loops & soundfiles. Rafael shall be producing a cdr of all the mixes that are uploaded to us as well so be sure & get your mix to us.They are ready for download & mixing/remixing etc by one & all." "...we have the beautiful experimental soundscape music of one Rafael Flores. Rafael has been making excellent music since the early eighties."

A sine wave is waveform of a single constant frequency and amplitude that continues for all time. Since a sine wave has only a single frequency associated with it, it may be considered the simplest sound. The sine wave is the embodiment of audio-purity and strength as it presents an unchanging tonal quality. The remainder of this page is dedicated to music derived entirely from sounds originating from the sine wave
tone.

Everything else by Zan Hoffman.

volumen 10
cdr + julio +
"we will spend the summer catching fireflies"

Divided in 4 'Chapters':
Side A = 'Chapter Movements'
Side B = 'Chapter Crimes'
Side C = 'Chapter Rituals'
Side D = 'Chapter Difficulties'

53. WOLFSANGEL / Nihilistic Recordings-New Noise / 2xC90 / jan 1987 / Netherland
[no copy]
Bloedvlagprodukt (no cat.no.)
giancarlo tuniotti, kapotte muziek, comando bruno...
Comes with a magazine called Material No.2 and (in a limited edition of 100 copies:) a mail art magazine. Note that all products from Bloedvlag mentioned here are re-released by a new label from the same people, which is now called Nihilistic Recordings. (notes fromm kapotte muziek page)

9. THE AROMA OF PARADISE / ZaCommandoHo /

ZaCommandoHo are two collaborations with Raphael Flores from 1986-7 that have extensive use of sampling. Aromas Del Paraiso is a recording where ECDM mixes my sounds with his which results in a style of tape unlike any other in my catalog. I'm not even sure how to describe it.

Mechanic Demonic Azrael Hologram is a collaboration circa '86 with ECDM and is a coveted ZH27 classic. This has delightful short pieces and compositions also featuring Ken Clinger, Lang Thompson and Minoy.

Aroma of Paradise is my mix of sampling that I did while at college using a powerful Korg sampler combined with Comando Bruno's dreary source tape. Delightful cover art. Strange tape.


Notes by Zan Hoffman:
ZaCommandoHo are two collaborations with Rafael Flores from 1986-87 that have extensive use of sampling. "Aromas Del Paraiso" is a recording where Rafael Flores mixes my sounds with his which results in a style of tape unlike any other in my catalog. I'm not even sure how to describe it. "Aroma of Paradise" is my mix of sampling that I did while at college using a powerful Korg sampler combined with Commando Bruno's dreary source tape. Delightful cover art. Strange tape. "Mechanic Demonic Azrael Hologram" is a collaboration circa '86 with Rafael Flores and is a coveted ZIDSICK classic. This has delightful short pieces and compositions also featuring Ken Clinger, Lang Thompson and Minoy.
"You Can Eat Dead Moons / Crying on the Sun" is two 15 minute compositions recorded in 1986. "Eat" is a smeary dive into the netherworlds with Mystery Hearsay and Rafael Flores ("Anytime, you can listen"). "Crying" is propelled by the magical distorted rhythms of Sismoid and mutated by the curious recordings of T.Diez.